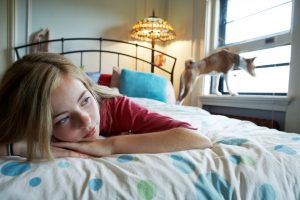 Depression can be debilitating to the point of neglect of self-care activities. “Depression is more than an emotion or a state of mind, it is really a process. It is a combination of thoughts, emotions, and behaviors.” Robert Allison, MA, LPC said. While it is normal to feel sad now and then; persistent sadness and feelings of hopelessness would usually warrant professional consultation and help. Many are placed on medications in combination with psychotherapy. Others opt to go all natural by changing their fast-paced lifestyle and choosing for healthier options in their food, hobbies, and habits.

One of the classical symptoms associated with depression is being not motivated to get out bed or do something productive for the day. Deborah Serani, PsyD explains, “Depression is not a weakness of character, laziness, or a phase. Tough love, like telling someone to ‘buck up’ or ‘try harder,’ doesn’t work, and worsens the illness.” Usually, people bum around the house, tinker their social media sites, listen to music or probably do a marathon on movies and television shows; however, as mundane as picking out movies and shows to watch, it might be troublesome for a person with depression. To make life a little easy, here are some of the movie’s suggestions when you need something entertaining to cry, to laugh and to seek answers to life questions.

This feel-good movie by Linklater is often overlooked by his prestigiously recognized films such as Boyhood and Dazed and Confused. School of Rock is a movie about music-obsessive man-child named Dewey played by Jack Black. He has gotten a substitute teaching stint from his best friend to make easy money. In an attempt to spite his previous bandmates, Dewey formed a band enlisting his students.  The plot of the film is standard – Dewey a fascination for the children and goes to win the local contest- but few family comedies are sharply written and hilarious; the catchy original songs are also hard to miss. Critics tagged this movie as one of the best unofficial musicals of its time.

This is one of the latest animated movies of Disney, and the response of the world was astounding. Their soundtrack was a big hit not only to children but too parents and adults as well. Frozen is claimed to be the most progressive movie of Disney. It shies away from the predictable princess mode. The consistent theme throughout the film is love for family and self-love. The plot revolves around two royal sisters who drifted apart due to the freezing power of the elder sister, Elsa. The conflict stemmed when the countryside was frozen to eternity and true love as usually the solution. Frozen’s refreshing storyline and songs will plainly put you in a good mood. 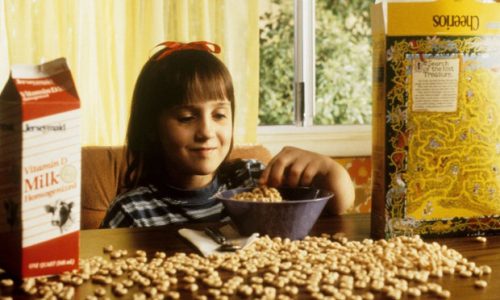 The positive message of the movie was overtly shown all throughout. This children’s classic film celebrates kindness, creativity, and underdogs. Through the story of a brilliant bookworm, Matilda is untainted in its quest to rejoice the best of humanity, encourage the audience to embrace their peculiarities and uniqueness as well as demonstrating the power of kindness can triumph from bad.

Looking for a movie that will take your mind off everything, Ocean’s Eleven is the movie to watch (see top reviews here: Baby Center website). The cast is, and the director’s narrative choices make the movie enticing and keep the audience on its toes until the reveal.

“Take a mental health day, take time off from work and refuel & recharge, whatever that looks like for you personally.” –Audra J Lee LMFT