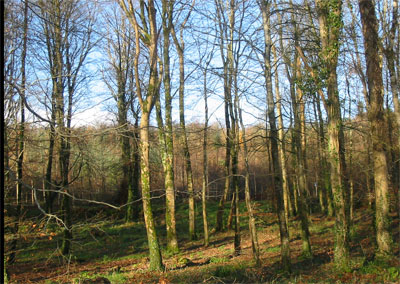 Phew! Such a long, long week I have had. Firstly I had the third TMA of my U211 course due, left to the last minute as ever. Why, oh why, do I do this to myself!?
But on top of that my job had me off on a 5 day intensive (super intensive!) digital video editing workshop this week so between that and all my OU stuff my poor little brain is fit to explode with the huge volume of information it has being forced to digest this week.

Posted in: •Drawing and Illustration•

I blogged about getting this book a while back and I’ve been using it a lot recently. Right now I’m reading the chapter on colour so I thought I’d share some of it with you as I work through the exercises. Listening to: Jane Austen’s Northanger Abbey (read by Nadia May)

A couple of my rose sketches from Sunday:

This one was a quick sketch focusing on negative space: while this was a more detailed drawing: Labyrinthine indeed. It is easy to lose your way in those furls of petals. Not the easiest of things to draw but very pretty.

Music: ‘There were Roses’, Cara Dillon

Posted in: •Drawing and Illustration•Art Elsewhere•

Another beautiful Etsy purchase! This is a limited edition print by the Chicago based artist Diana Sudyka.

It’s so beautiful in person, I absolutely love it. It’s away being framed at the moment and will take pride of place in my sitting room when I eventually get it back (left at framers on April 9! They are taking their own sweet time!). The graphite ink used to print the dodo gives it a lovely softness, something which is heightened by the use of a delicate silver for the highlights.

As well as being aesthetically pleasing I like the meaning it contains:

“Dodos are one of the first species in which its extinction was recorded as being directly linked to humans. They are in the family of birds Columbidae that includes all pigeons and doves. The pigeon in the tree is a breed of domestic that has been bred to exaggerate its crest and feet feathers. The piece is sort of about our relationship with a particular species of animal( i.e., how we drive something to extinction, or manipulate it to our aesthetic needs); in this case pigeons.” Diana Sudyka

I first discovered Diana’s work when I stumbled across one of her rock music posters on another site. That was probably a couple of years ago. Never imagined that I would end up owning one of her pieces – hurray for Etsy!

As well as being an illustrator Diana is a bird enthusiast and volunteers at the Chicago Field Museum of Natural History. She posts lots of gorgeous illustrations on her blog, some inspired by the specimens she comes across at the museum, and others that turn up in her back garden. Go check her out!

Music: ‘Save Me’, Bachelor No 2 or, The Last Remains of the Dodo, Aimee Mann

I picked up this bunch of roses on my way home from work yesterday. 8 long stem roses for only €3. A beautiful bargain:)

Sketching roses – there are worse ways to spend a rainy Sunday afternoon.

* * *
“I once had a rose named after me and I was very flattered. But I was not pleased to read the description in the catalogue: no good in a bed, but fine up against a wall.”
Eleanor Roosevelt